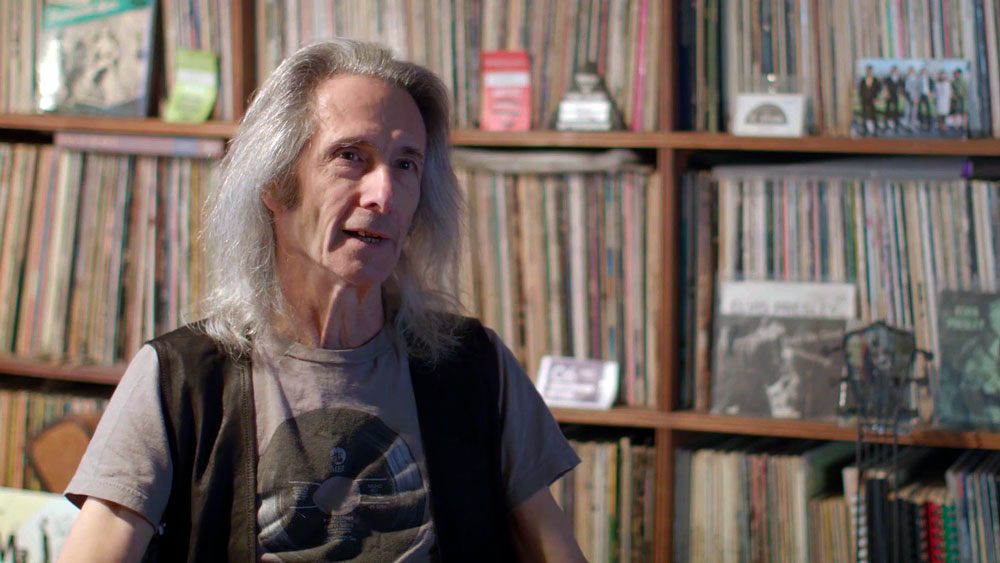 Lenny Kaye is is an American guitarist, composer, writer, and record producer who is best known as a member of the Patti Smith group. Born in New York in 1946, Kaye moved to New Jersey in 1960 where he attended high school and later college at Rutgers University. After college, Kaye moved back to Manhattan and began writing for music publications and working at Village Oldies, a record store on Bleecker Street. Kaye’s writing career began in the late ’60s and early ’70s, when he was writing reviews for Jazz and Pop, Rolling Stone, and more. He also assembled the 1972 compilation, Nuggets: Original Artyfacts from the First Psychedelic Era, 1965–1968, with the founder of Elektra Records, Jay Holzman. He wrote the liner notes for Nuggets and has been credited with one of the first uses of the phrase “punk rock” in those liner notes. Kaye has been nominated three times for Grammy awards in the liner notes category.